This music is a soundtrack excerpted from the multimedia program, The Grand Design, which chronicles the fate of a group of Scots-Irish Presbyterians who set out for Philadelphia in 1741,

This music is a soundtrack excerpted from the multimedia program, The Grand Design, which chronicles the fate of a group of Scots-Irish Presbyterians who set out for Philadelphia in 1741, only to have their ship disabled by a storm. They stranded on Grand Manan Island in the Bay of Fundy, where they were abandoned by a scoundrel captain. Rescued by Passamaquoddy Indians, the survivors were brought to Colonial St. George and Pemaquid in Maine.

The First Run The Grand Design, produced by the Heartwood Regional Theater Company and Castlebay, opened on May 11, 2007 to a sold out house at the Parker Poe Theater in Newcastle, Maine. There were six performances in the first run with some nights SRO.

Several of the performances had descendants of the characters in the audience. At one performance eight people, representing four generations of Isabel Gamble's descendants were there.

Also in attendance at several of the performances were members of the Passamaquoddy community.

People came from Maryland, Connecticut, Rhode Island, Vermont, Massachusetts, and Canada for the show. There are some pictures from the world premier run as well as a video clip on the Grand Design web site.

Reviews & Comments about the show

We were THRILLED with The Grand Design and very touched about being introduced - Carole in particular did several spontaneous audience "interviews" about Grand Manan.

Your cast was outstanding, too - we were particularly taken by the two principal young women, the captain, John Bear Mitchell and "Mr Gamble" [Carl Johanson] and his lovely voice.

Congratulations on a fantastic production!

Love to you both

How proud you must be feeling! The Grand Design is wonderful theater! You have given many, many people an exceptional theater experience. You have every right to paddle around on cloud 9 for quite a while.

I am stunned by your accomplishments.

In the first place, the long, painstaking research in
primary sources is amazing. I bought the booklet of your resources,
Julia, and am savoring the details, a little at a time. Such a gut-wrenching story!

The music is superb and so appropriate to all the settings
and situations . . . the lullaby, hymns, folk tunes, and original
compositions. The directing was really classy: the shipboard scene, the canoe paddling, and
especially the symbols of dying . . . the veils slowly covering the
heads.

It was wonderful to hear the Passamaquoddy legend. The photographs were sparkling! I
came away feeling chilled to the bone after viewing the winter
scenes. The players, you and your fellow musicians, were outstanding in your skill . . .
the wonderful strings, flutes, percussion, and pure clear voices.
Also the techies who coordinated the visuals. I was mesmerized, and would like to
experience it again and again. It is the best theater I've seen in
years.

It was touching to see Isabel's descendants in the audience.

Your "Grand Design" deserves to go beyond Lincoln County,

for many reasons. It is so fine. It should receive awards. Be
proud!

Bravo to you both! Sally J. Woolfe-Wade

It was superb..... I have this feeeling that the Grand Design will have a long and prosperous voyage...... Many Thanks

I wanted to say how much we enjoyed the performance tonight. On so many levels this was a magnificent production.

I am not one of the descendants from that event, but I can relate. I have lived my entire life wrapped up in the like situations and experiences of my people. I heard stories when I was growing up, about hard life in maine, Canada and etc, etc. I could relate to your production on so many levels.

Thank you for taking the time to bring history back to us and let us see our "ancestors" in person. ( feel the music, that's for me)

I went to the opening performance of Grand Design last evening. What a treat that was! I learned so much and it helped me appreciate what brave and strong people they were. I appreciated all your research to make it historically accurate. I can't imagine all the effort it took to get to last evening. Congratulations! I hope that you will be able to present it in many venues to a wide audience. Thank you so much....

(From a descendant) It was an amazing show. I've alternatively wept, and sung the hymns to myself, and eaten mussels today, and reflected on the hunger of the shipwrecked folks, and wondered in amazement that perhaps it was caring for the baby that kept them alive. I loved your play, and all your research and art and lovely folk music.

My mother is just like Isabel, impulsive and charismatic and strong and when she says it is time to go, we just go. So we departed. But she has already written to me today to say that she hopes to meet you in Round Pond or Friendship in the summer this year.

It was a beautiful show. I haven't finished thinking all about it and processing what it means for me. Deeply moving. And even as I type, I find myself crying a bit.

There are several things about Isabel's strength that I always remember. I didn't see them in the play as much as I imagine them in my mind. I'll write to you more about them, when I don't have children calling to me from their beds upstairs to go and sing lullabies. Thank you again. Sincerely,

This is a Zoom presentation. Contact Maine Historical Society for details. 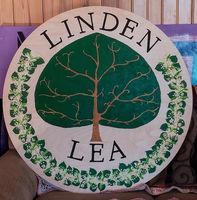 This is a showcase or round robin concert. We'll be joining several other fine Celtic acts including Will Woodson and Catilin Finney, Kevin McElroy, Ed and Laura Pearlman, and others.